The reason this is now a four part series is two fold. First, for the last two classes, we've worked on the same painting. Also, I will miss the last class. So, there you go.

Like I said above, the last two weeks we've worked on the same painting. Basically, it is a still life of musical instruments and flowers. This is what I created: 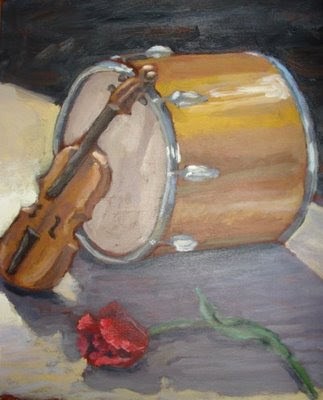